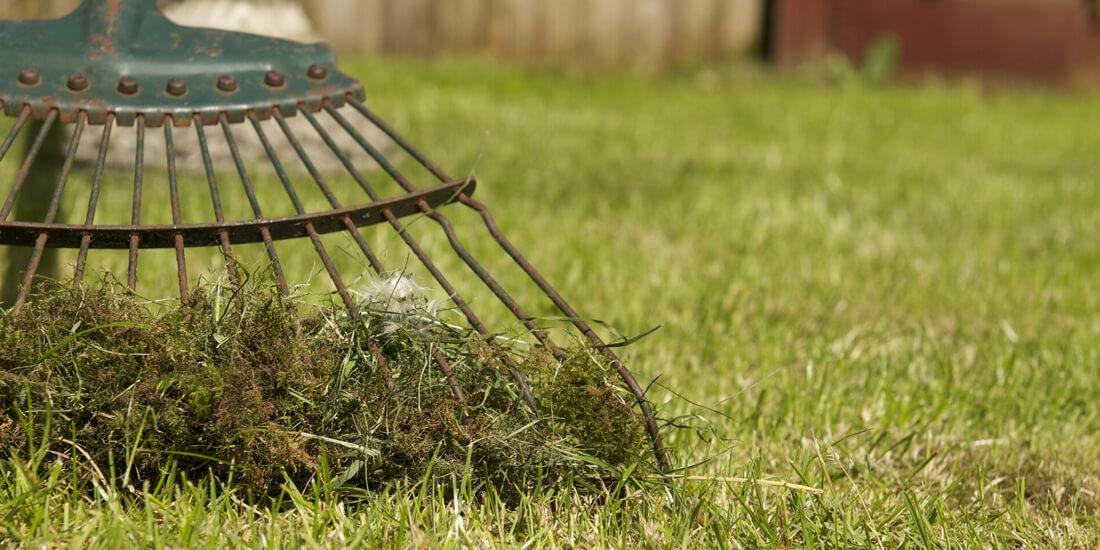 Moss can crop up frequently in any climate, creating spongey and discoloured patches across your lawn.

While it is common, it’s not completely unavoidable and there’s plenty you can do to prevent it from making an appearance.

First things first, it’s good to know what you’re dealing with before launching into action. So, what exactly is moss? Moss is a very small nonflowering plant and despite popular belief it’s actually not a fungus. Unlike most plants, mosses don’t have a root system and can’t transport water internally which is why they don’t grow tall. This pesky plant also releases spores in April and September, so tackling the problem before then is a good idea to stop it from spreading.

Why is it in my lawn?

Contrary to what many people think, moss doesn’t actually kill off grass; its appearance usually signifies that conditions aren’t ideal for grass growth and seeds sown have failed for one reason or another. Moss thrives in damp and shaded areas, so try to keep your lawn as well drained and free from shade as possible or, use a seed mix that can better withstand drought or flooding.

How do I protect my lawn from moss?

As mentioned above, good drainage, the right fertiliser and the correct seed mix will go a long way in reducing the chance of moss becoming a problem in your lawn. Applying fertiliser in autumn and spring will strengthen your lawn all year-round and in particular, fend off moss throughout the colder, wetter months. Drainage can be difficult to control, the main practice you should maintain is aerating the ground. This allows water and oxygen to travel freely and reduces compaction; which means fewer waterlogged areas and hopefully, fewer areas with a moss-friendly climate. If your soil is particularly sandy or clay based, you may need to use grass varieties that suit this environment.

How do I get rid of moss?

Sometimes despite our best efforts, there’s just no stopping moss but there are ways to fight back and it’s best to do this sooner rather than later. There are different methods you can take whether your lawn is new or established.

Avoid using a moss killer product on a new lawn that is less than 6 months old, and instead scarify the area to loosen up moss and remove it. You should aim to reseed these areas once the moss is removed to ensure a dense sward that leaves little room for moss to move in.

Use our Feed, Weed and Moss Killer on the area as soon as possible to stop the spores from spreading and affecting a larger area. It works over the course of two weeks to eradicate weeds and moss - where it is particularly prevalent patches will appear and these will need seeded. It will also feed your lawn and make any existing grass very green and lush. It is a granular fertiliser and needs to be watered in after application.

Once your lawn has recovered, continue to follow the lawn care practices above to reduce the chance of the ghastly greenery returning.