How to sow yellow rattle 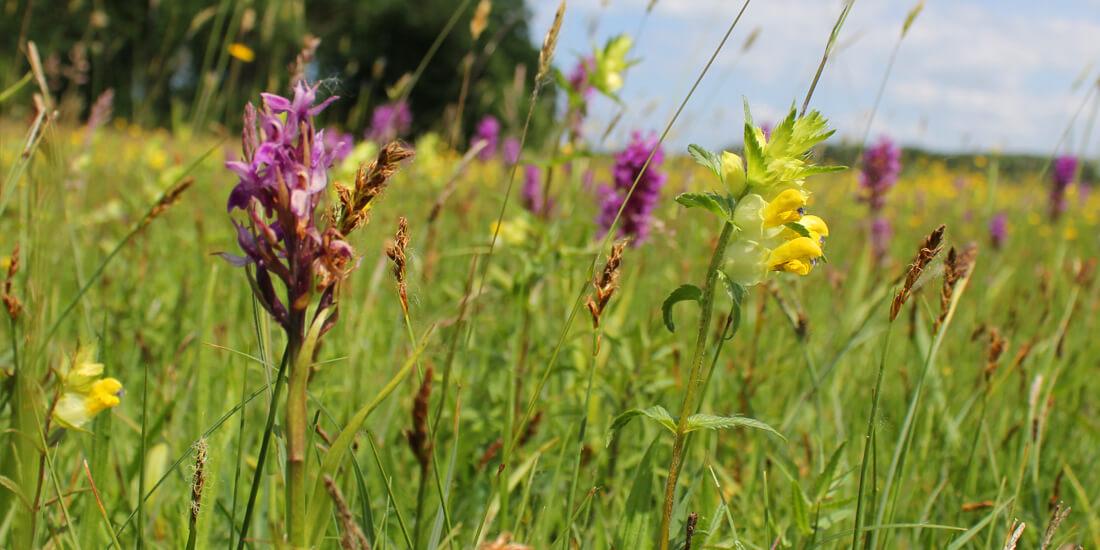 Yellow rattle is often described as the ‘meadow maker’ due to its ability to weaken vigorous grasses within a meadow therefore allowing other wildflowers to flourish. As a result of this, it is a semi-parasitic wildflower plant as it soaks up and feeds off the nutrients that neighboring grasses need.

Once established, Yellow Rattle will allow for other wildflowers to grow and establish without the threat of grasses or weeds taking over.

Whilst Yellow Rattle evidently has its benefits, it can be difficult to get established and is only necessary in certain instances. With all wildflower meadow establishment, we recommend that any grass, weeds, or flora are removed from the area prior to sowing. This is easily enough achieved in a small garden plot, but large arable fields that have been taken over by grasses and were previously meadows will need a more stringent approach, which can be achieved by sowing Yellow Rattle.

If you have an area like this and have decided to sow Yellow Rattle, there are a few things you should know.

Yellow Rattle is an annual, so needs to be sown at a certain time to achieve the desired effect. The process for sowing Yellow Rattle should begin at the end of summer when you mow the area as short as you can, removing the clippings. Following this, you should heavily scarify the area to achieve at least 50% bare / exposed soil. When you sow your Yellow Rattle seeds, they need to make contact with the soil and become embedded. Typically, any wildflower seed requires consistently freezing temperatures to germinate in a process called stratification. However, our seeds are kept in cold conditions all year round, so are ready to be sown at any time.  We would recommend however not leaving the sowing of Yellow Rattle any later than November, so as not to delay a spring showing.

In summary, here is how you should sow Yellow Rattle:

● Cut your grass as short as possible at the end of summer and scarify your existing meadow / grassland with an aim to achieve 50% bare / exposed soil
● Sow your Yellow Rattle before winter sets in (do not leave sowing any later than November) – it will germinate and bloom in early spring and begin to weaken the existing grasses.
● Scatter the seed at a rate of 5g per m2 and rake the seed so that it is in amongst the soil
● Water the just-sown wildflower seed well
● If sowing in drought conditions, water as required to keep the area moist in the first 6 weeks after sowing

Although Yellow Rattle is an annual, you shouldn’t need to add more in subsequent years as it will produce more seeds and drop them into the soil.