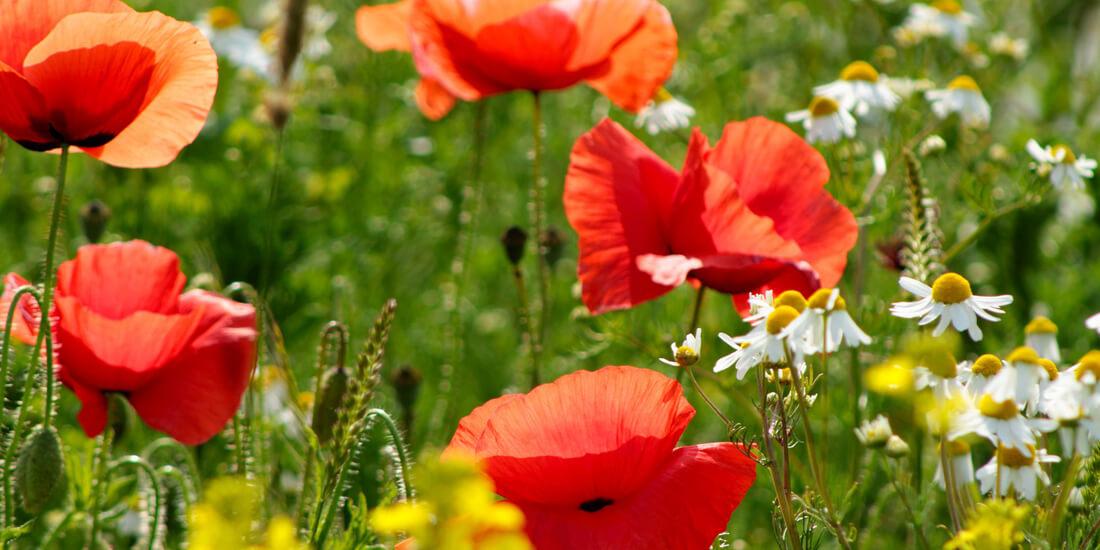 Many folks have their own ideas of what makes a quintessentially British wildflower meadow – what species it should contain and how it should ultimately look.

So, before we list off the lyrics of ‘In an English country garden’, of course, there are a few technicalities to consider of what makes the ‘typical’ British wildflower meadow.

What is a meadow?

Historically, a meadow can be described as an area of grassland or pasture that is used for hay or is grazed by animals – therefore, to technically have a meadow – it must contain grass. Many people mistake 100% wildflower mixes as meadow mixes, but they are what we would describe as ornamental mixes. Whilst in bloom these wildflowers are useful to bees and pollinators, when they aren’t they do not provide a year-round habitat and are purely for display. In addition, naturally a wildflower meadow cultivates on its own and this means grass and wildflowers together. It’s not often that you would find a succession of wildflowers growing naturally without any grass. So, if you want to create an inherently British meadow, you’ll need a wildflower mix that contains grass.

What constitutes a native British meadow?

Next up, what makes the wildflowers in your meadow UK Native / British? Well this definition by Natural England should help clear things up:

According to Jimmy F.Rodgers,  ‘In an English country garden’ you can find the following wildflowers: ‘Meadowsweet, foxgloves, snowdrops and blue forget-me-nots’ – which is true, as they are all UK native wildflowers. Whilst our native species are versatile, there are some imposters making their way into the UK such as the Spanish Bluebell. It became quite the controversial character in early 2019, as botanists feared that the British Bluebell would become extinct, as sightings of its Spanish sister began to become a little too frequent and familiar in the UK. Yet, scientists recently ruled that the British Bluebell had a genetic advantage over its Spanish counterpart, and because it grew in such abundance already throughout the UK, its resilience would always out compete the Spanish Bluebell.

For this reason and many others our wildflower seeds are 100% British. They are grown here, sown here, and bloom for many years to come, all in the UK. We believe it’s important to preserve and restore our local and national biodiversity, and we can only do that by reinstating what existed before, our native and naturally occurring wildflowers. Whether it’s an annual’s mix, an annuals and perennials mix, or an annuals and perennials mix with grass, our wildflower seeds are, and will always be 100% UK native.

If you want to achieve a truly British wildflower meadow, we advise that you ensure the wildflower seeds you are sowing are also British. There are a number of ways you can check this – by asking the supplier of the seeds upfront to provide proof, or by checking the botanical / Latin names of the wildflowers. The genus reveals the family the wildflower belongs to (first part of the botanical name) whilst the species origin can be revealed in the second part. For example, the British Bluebell’s name is Hyacinthoides non-scripta, whilst the Spanish Bluebell is called Hyacinthoides hispanica. Our wildflower mixes list their common names, but if you want to know the species and a bit more information, all you have to do is click the plus sign as below! 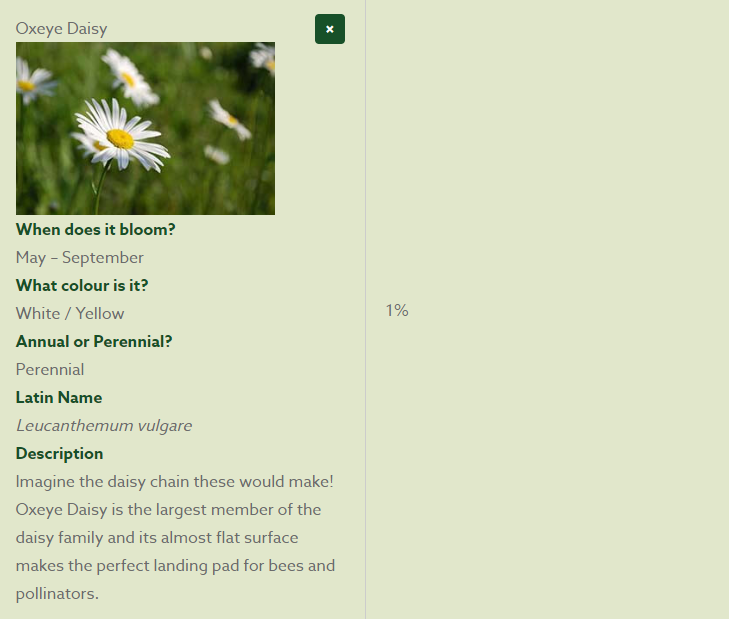