Most companies would shy away from naming their products ‘magic’ just in case they turn out not to be. Yet, ever since we created our Meadow Magic mix, we just knew it was destined for greatness! 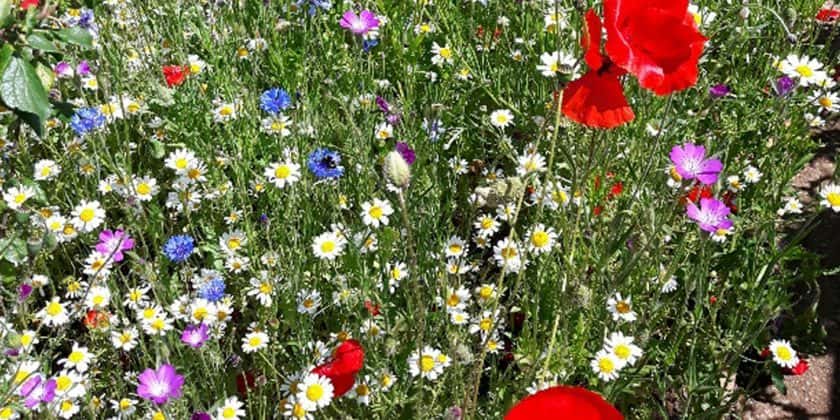 Just over a year ago we launched our wildflower mixes on our website, and what a year it’s been! We’ve been waiting all summer to see your Before and After photos and we’re ecstatic to share some of our favourites, alongside our customers stories. First, let’s meet Jo, who sowed Meadow Magic in October 2018.

‘I've got a bit of a nothing-space at the end of my 90-foot-long by 15 foot wide town garden, which was just rather scrubby grass and a new plum tree. So, inspired by the desire to bring a bit of "wilding" into an urban setting, and to encourage more insect and bird life, I thought I'd try to create a little meadow. The hardest part was digging up the turf, as I'd read that success could lie in grubbing up as much of it as possible, so it didn't fight with the wildflower seeds for space. But I dug up a small patch a day and by the end of a fortnight had a fresh piece of earth waiting to have a new lease of life. 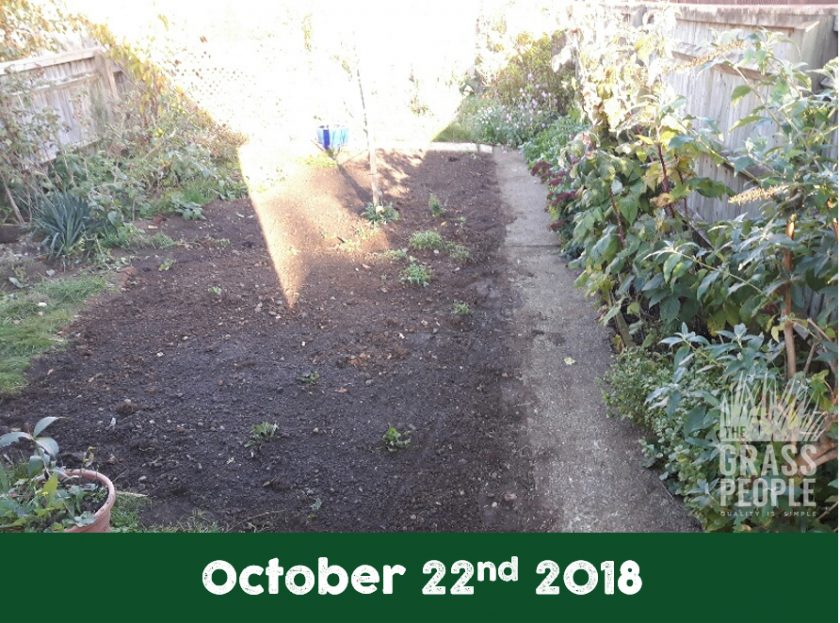 Then I ordered 100g of Meadow Magic seed from The Grass People, having trawled the internet and read all sorts of 'prospectuses' and chosen them as sounding the most promising. I read that putting the seed in by October tended to give the best chance of germination - so they were in by Hallowe'en before the winter started. I also read that wildflowers flourish best on poor soil, so have never added fertiliser or feed of any kind. The excitement started to grow as green shoots appeared, and by the end of May there was already a haze of growth and flowers were starting to appear, even higher and brighter than I'd dared hope for. By June the meadow was a riot of colour - with more new flowers appearing daily. The blue of the cornflowers, the scarlet of the poppies and the white of the daises have been the main themes, with yellows and then the bright purple of the Corncockle (such a pretty wildflower, thought to be extinct till 2014 - what a loss it would have been!), the darker purples of Knapweeds and the deep pinks of the Clover all appearing. 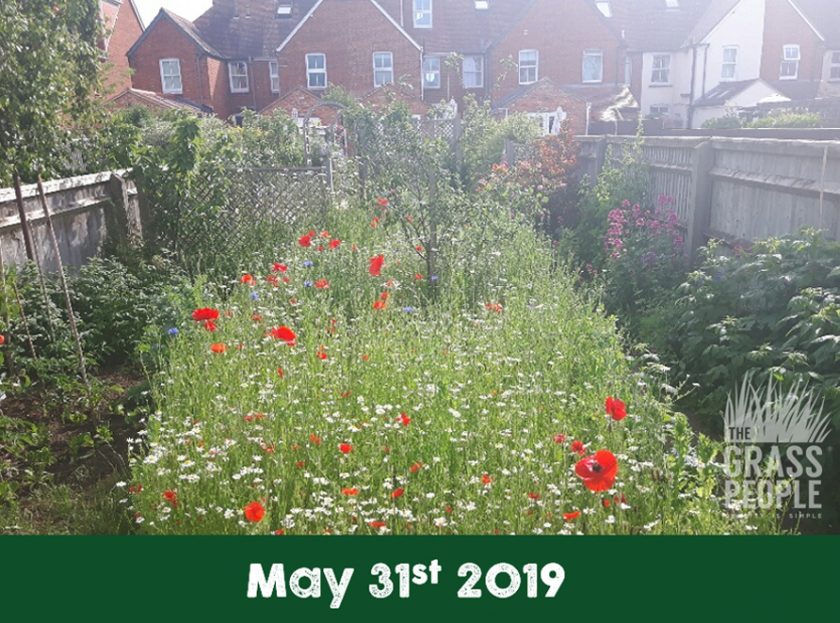 The vivid colours and variety of the flowers has astonished me - clearly my painstaking research paid off richly and choosing The Grass People was a really good move. 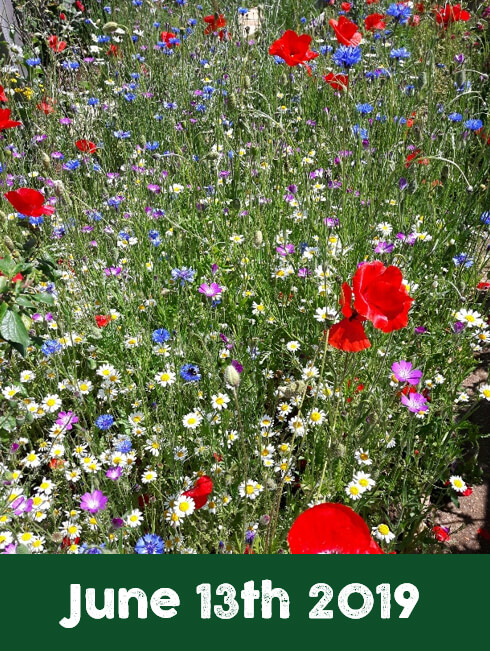 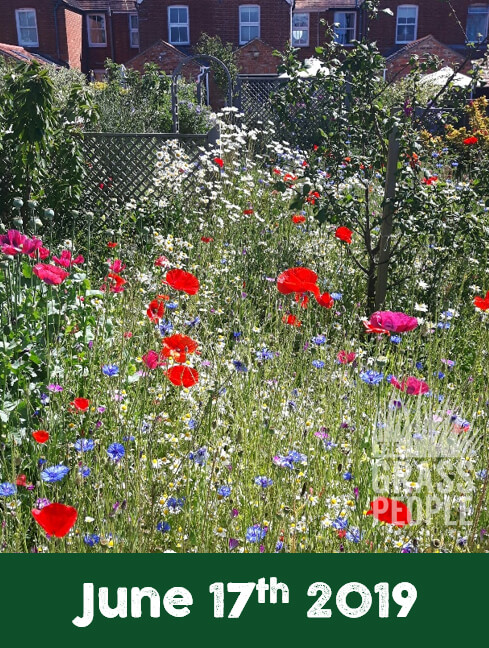 This has been a complete joy in terms of watching a meadow unfold in its first year. And it's been thick with bees daily, and overall has vastly increased the insect life in my garden. I now feel I have my very own patch of countryside in the town. Best gardening decision I've ever made, I can't wait to build on this success in future years. So, a great big 'thank you' to The Grass People for making it possible!’

Next up, meet Jamie, who sowed his wildflower seeds back in May and this is how it looked on the 5th of July!

Meadow seed went down about 2 months ago. Coming along nicely for year one! #thegrasspeople

We got talking to Jamie who then shared his documentation of the whole process, from excavating the whole area to having it filled with wildflowers in two short months! Jamie admitted that a month after sowing, he wasn’t expecting much to happen as the plants had only started popping up, but a few weeks later a ‘burst’ happened! Jamie is now planning to sow another wildflower meadow in a different part of his property, and for sharing his before and after photos we supplied him with a discount code to help him out! 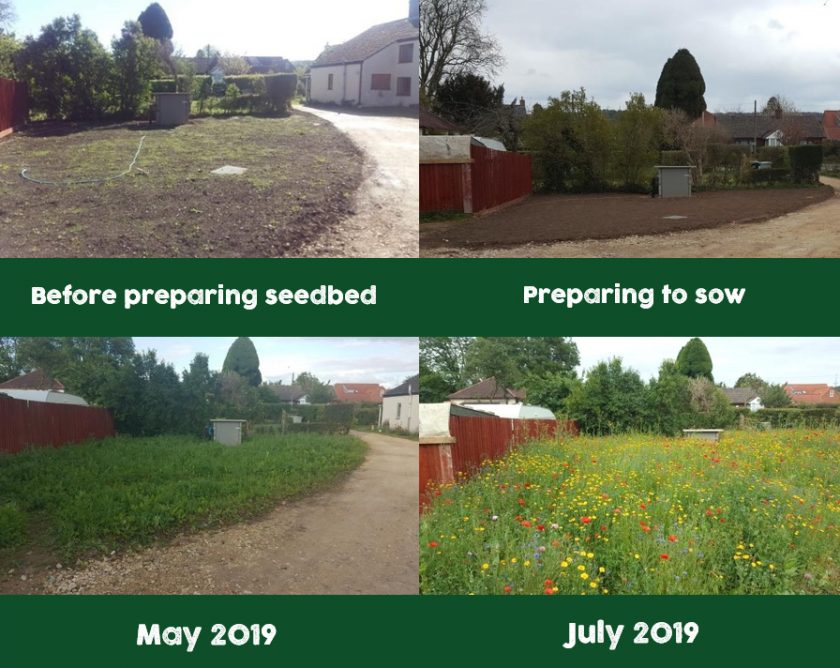 The pictures don't do it justice - the meadow has exploded in colour. Random walkers keep stopping to look now! @thegrasspeople

We have loved seeing your Meadow Magic this summer, and we can’t wait for next year! If you have Before and After photos of your wildflower meadow and would like to receive a discount code or free pack of wildflower seed for sending them to us for our use, you can email them to expert@thegrasspeople.com.

And if you want to create a wildflower garden of your own, check out our guide! 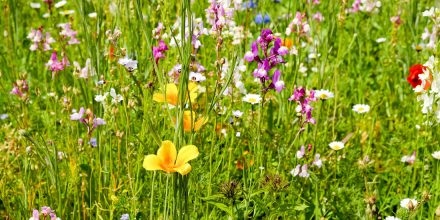 Sowing and maintaining a wildflower meadow is one of the simplest and most rewarding garde... Read More

How often should I water my lawn? 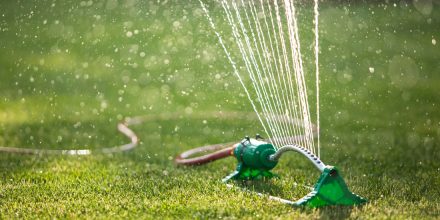 A good watering routine helps to maintain your lawn, but it’s important to know how muc... Read More

How to establish a wildflower meadow 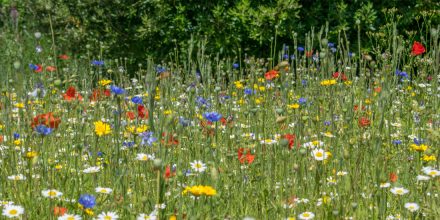 There are plenty of products on the market that promise an instantaneous meadow with very ... Read More

When should I sow wildflowers? 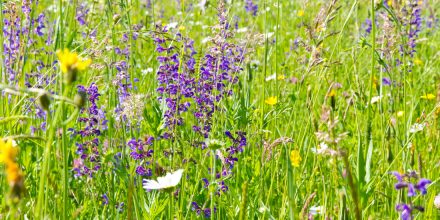 Wildflowers make a colourful addition to any garden and once sown, are extremely easy to ... Read More 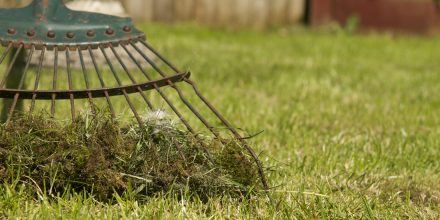 Moss can crop up frequently in any climate, creating spongey and discoloured patches acros... Read More